Did Billy Meier plagiarize his Prophecies and Predictions? 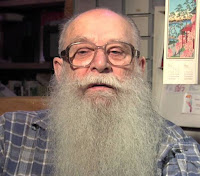 It has been revealed to us by an ex-Meier/FIGU supporter that Billy Meier has plagiarized the entire work of British author James Allen's 1903 book - As a Man Thinketh, and published it under his own name as Macht der Gedanken (1998) / Might of the Thoughts (2012).
Since we have one clear account of plagiarism, what else did Billy Meier plagiarize?

Did he also plagiarize other famous people's (like prophets and seers) prophecies and predictions?

For answers, visit BMUFOR - Did Billy Meier plagiarize his Prophecies and Predictions?

Posted by Ufology Exposed at 6:23 PM

WOW This is explosive! Listen to this online podcast where the shows host "Angel Espino" got into it with Rey over him making claims that someone in his "Free" organization was cured of Cancer by his Alien buddies. Angel who's mother was sick with Cancer at the time took exception to Rey not wanting to answer anymore questions about this said person, and how he or she was cured, and what ended up happening next was brutal, and really showed the true colors, and nature of Rey Hernandez.

He's a gutless prick, and his entire group is baseless, and a bunch of people trying to capture peoples interest with their propaganda in hopes to cash in as a "serious site for contactes" but the flawed way they collect data is both laughable, and not something which will bring any real help towards ufology.

So listen as Rey gets owned on radio.